The Pierced Heart was the third rhyming children's book written in the 1980's for the school-age children in our family. As with Upon This Rock and The Tearful Task, some of the children, by then aged 7 to 12, provided the illustrations. Click on the right for a free PDF download of the book, or below to view a flipbook version with optional audio narration by the author.

If any mortal man ever knew the cost of faith and obedience, it was Abraham. His walk with God had taken him from his native land in search of an unknown destination. Along the way he had defeated a huge army with only 318 men (Gen. 14:14-16); he had believed God for a son when it was physically impossible; and finally, he had circumcised himself and his entire household at God's command (Gen. 17:23). But now, at over a hundred years old, God called him to the hardest task of all: to sacrifice Isaac, his beloved son and only hope of seeing God's promises fulfilled.

It would have been easy for Abraham to rationalize away God's instruction, and in his place most of us would have done just that. But Abraham did not rationalize, or question, or even hesitate. He obeyed. And his obedience made the way for God's plan to be fulfilled, as through Abraham's seed came the Sacrificial Lamb, God's own Son, who would die for the sins of the whole world. Thus, Abraham won the rewards of faith not only for himself, but for the countless millions who would become his spiritual descendants through faith in Jesus Christ.

Click the image below to launch the flipbook. Advance by clicking on the edge of each page. 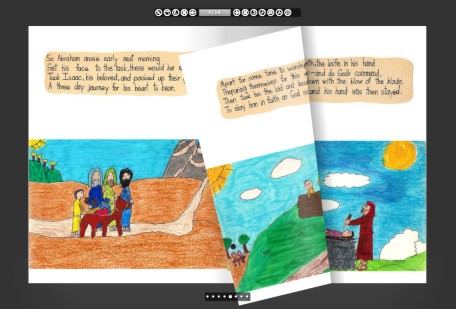 To mute the narration, click the "speaker" icon on the top control bar as shown at left.

If you would like to print your own copy of The Pierced Heart, you can download this free PDF which will print on standard size paper. The result can be stapled together or ring-bound for off-computer reading. 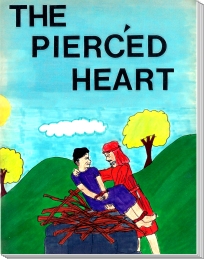